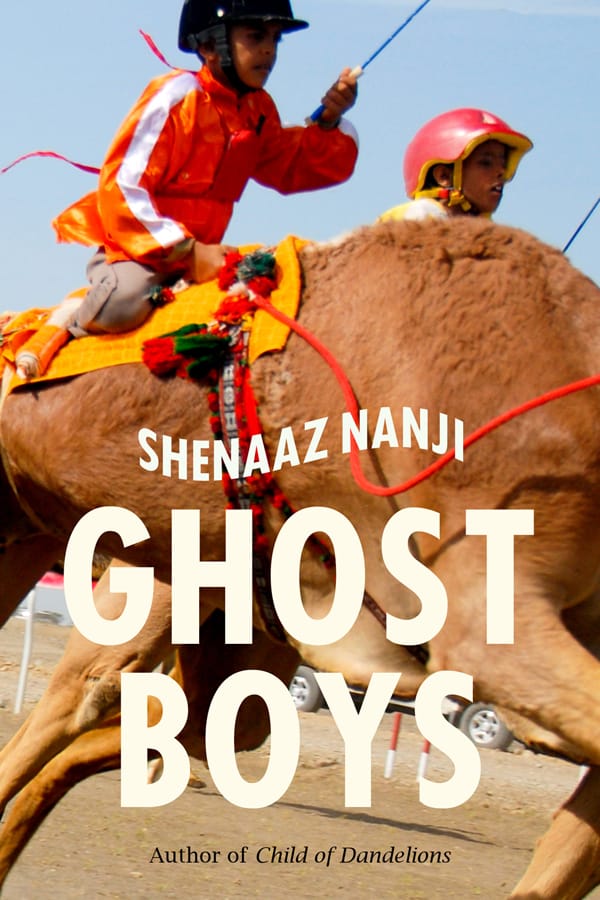 Fifteen-year-old Munna lives with his Ma and sisters in a small town in India. Determined to end his family’s misfortunes, he is lured into a dream job in the Middle East, only to be sold. He must work at the Sheikh’s camel farm in the desert and train young boys as jockeys in camel races. The boys, smuggled from poor countries, have lost their families and homes. Munna must starve these boys so that they remain light on the camels’ backs, and he must win the Gold Sword race for the Sheikh. In despair, he realizes that he is trapped and there is no escape . . .

“[T]his is a coming-of-age book which will capture the imaginations and emotions of young readers and perhaps will cause them to delve just a little more deeply into some of the serious societal and political problems presented by Nanji.”
—CM Magazine

“Ghost Boys is a well-researched and richly written middle-grade novel about human-rights abuses for the sake of a multimillion-dollar sport.”
—Canadian Children’s Book News