His Sacred Army: Book 1 of Prison of DreamsDevakanthan 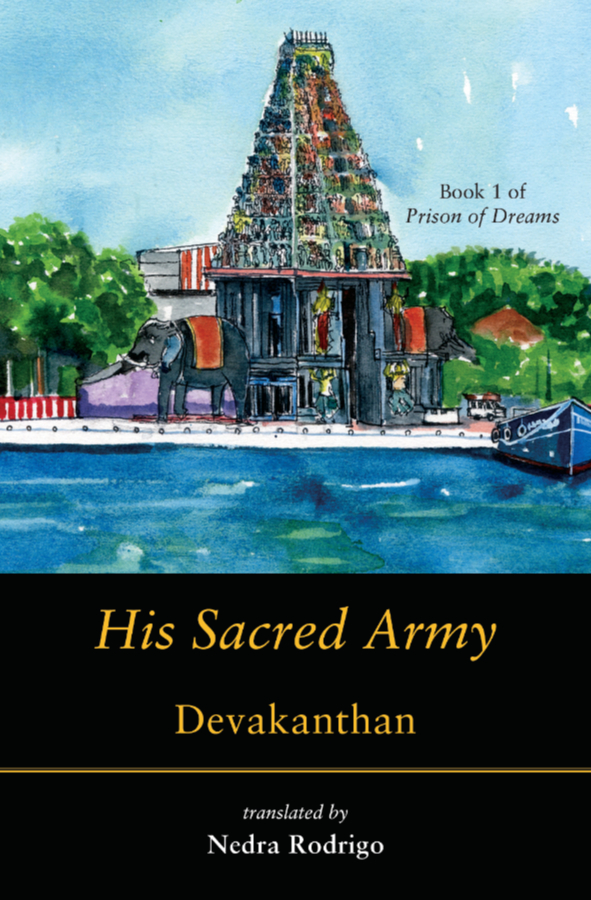 His Sacred Army is the first volume of the quintet, Prison of Dreams, depicting the growth of the Tamil armed struggle in 1980s Sri Lanka. The five novels together describe the Sinhala-Tamil ethnic conflict, the hard choices faced by the minority communities subject to pogroms and oppressive laws, and the sufferings and exiles of simple villagers as the conflict finally flares up into a full-fledged and bloody civil war.

His Sacred Army centres around the life of Rajalakshmi, a young woman in the small island community of Nainativu, off the coast of Sri Lanka. Rajalakshmi’s simple ambition of employment to support her widowed mother and struggling family is thwarted by malicious gossip, for which the solution is to marry her childhood friend Suthan. As the ethnic conflict heats up, Suthan faces the dilemma of whether to follow his father’s political path of constitutional reform and nonviolence or to join the growing separatist movement. He goes into exile in India, and Rajalakshmi is faced with the choice whether to follow him.