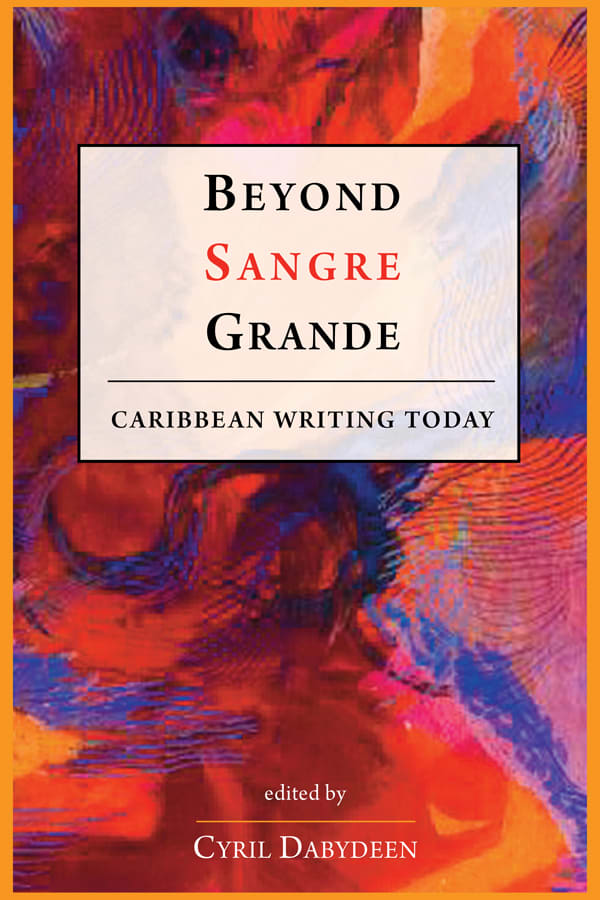 Caribbean literature has always been exciting and diverse, including over the past decades some of the world’s most highly regarded writers. This new anthology, Beyond Sangre Grande, brings together a contemporary selection in English from some of the key writers now living in Canada, the US, and the UK, as well as various countries of the Caribbean. Reflecting a changing world, and admitting diverse cultural influences and generational differences, these writers maintain a distinct Caribbean-ness in their acute historical awareness and in the cadences and rhythms of their language. This collection represents a range of voices, from the established and celebrated–Derek Walcott, Sam Selvon, Austin Clarke, Olive Senior–to the newer and no less exciting–Ramabai Espinet, Nalo Hopkinson, Anson Gonzalez–that demonstrates the richness of Caribbean literature in new and exciting ways.

“The choices made by Dabydeen in this anthology are excellent ones. Willi Chen’s story, ‘The Stickfighter’ creates arresting images of the fighters’ movements which make them appear almost mythical. Merle Collins’s poem, ‘Quality Time’, evokes the Caribbean lanscape through the reference it makes to fruits and trees. The image of the father as the cricketer while he battles with illness is haunting as Collins conveys a picture of longevity and endurance. Finally, Lelawattee Manoo-Rahming’s poem, ‘Memories in Puja Incense’ relies on memory and recreates the Trinidadian landscape with imagery that leaves lasting impressions of vibrant colour and various scents in the mind of the reader.”
–Jany P W Joseph, Wasafiri Literary Magazine