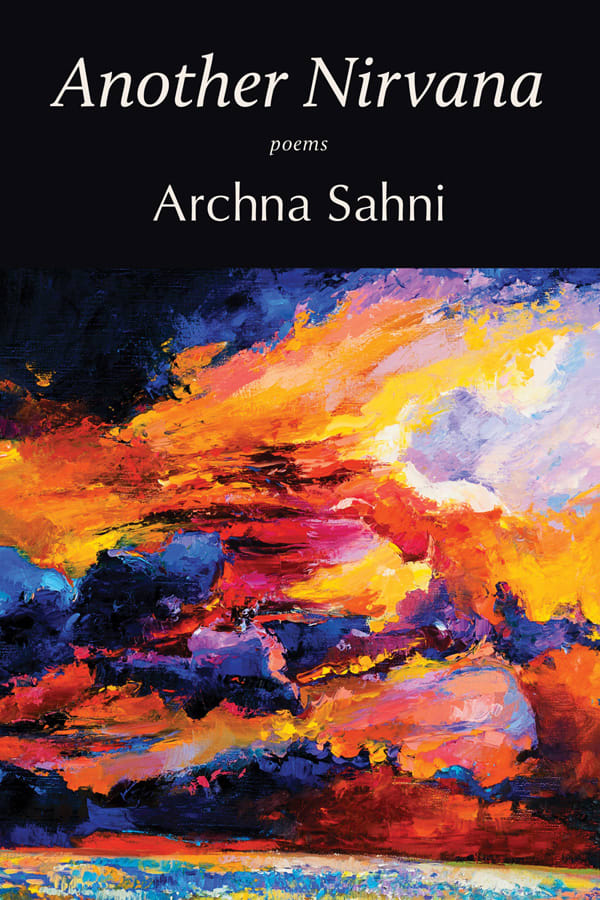 These poems explore the meaning of home and belonging and a search for transcendence through love and art. They reflect on what it means to live between cultures and continents, question traditional female roles, ponder over the role of art in life. The poet’s search for home leads her to different places: in her aboriginal friend she finds “a lost part of India/that Columbus never found.” In McLeod Ganj, also known as “Little Tibet,” she imagines a path to Tibet’s freedom. In “Another Nirvana” she grapples with nostalgia as her memories move between parts of India and Toronto, questioning the meaning of home, departure, and belonging.

“Archna Sahni’s poems are distinguished by a luminous clarity and eloquence that is charged with passionate imagination. They are energized and enriched by a dual sense of being at home, and not at home, in both Canada and India. Sahni’s poetry also authentically infuses psychological realism and self-reflection with a mythic dimension. Its confident invocation of the latter brings the age-old into the present day, at the same time as, in a questioning way, it conveys the endless interchange between the sensuous and spiritual. This is poetry for a global audience.”
–Allan Briesmaster, author of Against the Flight of Spring and River Neither

“Archna Sahni’s Another Nirvana is a book of profound longing for home, where home beckons as an interstitial state between two countries, India and Canada, two sets of archetypal myths, eastern and western. These chiselled lyrics sing from a place where lizards, parrots, mango trees, and lotuses meet urban Toronto streets. The book enacts a quest for “another Nirvana,” one capable of unifying the apparent opposites of self and other, male and female, here and there. In the magic of Sahni’s words, ‘our every meal is a prayer is a meal.'”
–Susan McCaslin, author of Into the Mystic: Poems New and Selected